The ethnic French pope Urban II called for a crusade against the Turks. “Madame, by killing Turks, Your Imperial Majesty prolongs my days”, wrote Voltaire to Catherine II in 1769.

The famous French writer Victor Hugo once wrote in one of his books that “with the barbarians”, and this is how he characterized the Muslims of Algeria, “one must speak the language of force “.

The military of the French colonial troops competed over who would collect the most cut ears or limbs of the local population for a reward. All these facts are documented, but the French government, which today launched the fight against terrorism and received worldwide support after the recent events in Paris, clearly sees the speck in the eye of others, preferring not to not notice the beam in his own eye.

Reports sent by French secret service representatives in Paris at the time stated:

“We have completely destroyed mosques. The population, to whom we had promised respectful treatment, was despoiled by seizing their property for free. We judged all those who enjoyed the respect and support of the population, because they were a danger with their courage.

The French officers did everything to exterminate as many natives as possible, to erase their national identity by mercilessly destroying the population. A hunt was organized for the “indigenous”, as the French called the local population, and it is even difficult for a normal person to imagine what the French were doing in Algeria.

On November 26, 1830, in the Algerian town of Blida, the French organized an unprecedented massacre against the civilian population. They spared no one, neither old men, nor old women, nor women, nor even infants. The French officer Treuller, who organized this massacre, showed extraordinary skill in this bloody act and turned the city into a cemetery in just a few hours. The streets of the “dead” city were littered with corpses, and no one could count how many people had been killed then. This crime was the French response to an attack organized against them by the Algerian resistance.

Major Montagnac, who led the French troops in the area of ​​the town of Skikda in 1843, admits that the heads of the Arabs were cut off, being sure that the Arabs after reaching the age of 15 should be killed. In other words: “We must kill all those who will not crawl like dogs at our feet.”

Moreover, this commander “became famous” for the murders of the civilian population, even when the resistance ceased, preferring to cut off heads to imprisonment. Montagnac’s favorite control strategy was the total extermination of the population, men, women or children. Evidenced by an extract from his letter to one of his friends.

“You asked me how we treat women. We left some as hostages, while others were traded for cattle or auctioned off like a flock of sheep… These are our methods of fighting the Arabs, my friend. Kill men, embark women and children on ships and send them to the Polynesian islands. In short, the extermination of all those who refuse to crawl at our feet like dogs.”

This is the true face of French civilization!

Even Nikolay Gogol wrote in his “General Inspector” that “all the dirt comes from the French”!

On November 25, 2020, just days after Azerbaijan liberated territories under Armenian occupation for nearly 30 years, the French Senate passed a resolution calling for recognition of the “independence” of the so-called “NKR “. On December 3, 2020, the National Assembly and the lower house of parliament also passed an anti-Azerbaijani resolution.

And today, November 15, the French Senate has once again shown blatant disregard for the norms and principles of international law by adopting a biased and unjust resolution that violates the principle of territorial integrity and sovereignty of Azerbaijan. This resolution accuses Azerbaijan of “military aggression against Armenia”. It also calls on the government to impose a series of economic sanctions against Baku.

Perhaps it is worth recalling what France is and its animal actions against humanity.

France, thanks to Islamic culture, was able to escape eternal residence in the stench and sewers that filled French cities. Due to the lack of sewers, the streets of French cities were buried in feces. “Mountains of garbage are visible everywhere, and a thousand disgusting odors clog the nostrils,” notes a contemporary. Even Versailles was buried in sewage.

Finally, the culture of sanitary facilities did not change until the 19th century, when sanitation appeared in Europe. Eternal life in sewage creates corresponding animal habits. France therefore possessed more than a hundred colonies.

The French, with complete impunity, exterminated thousands of local people in their various colonial countries with a barbaric method. They cut off their heads and happily demonstrated it to the whole world! 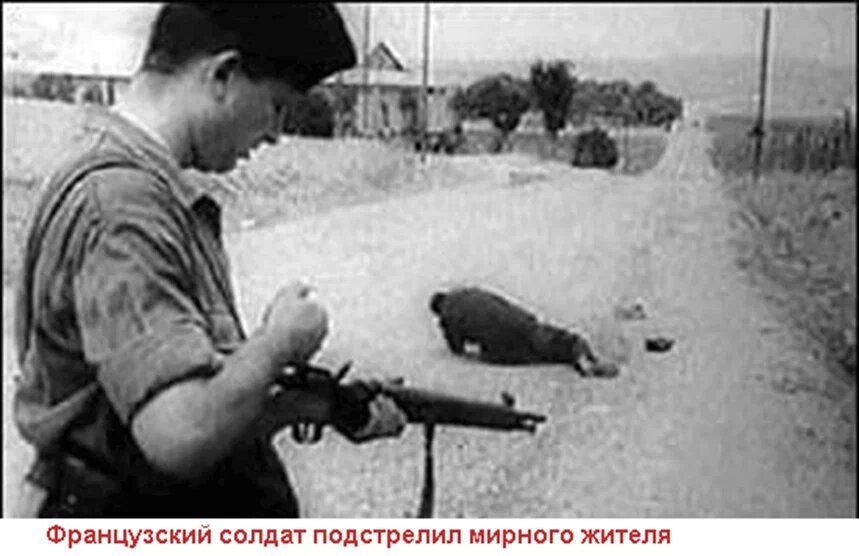 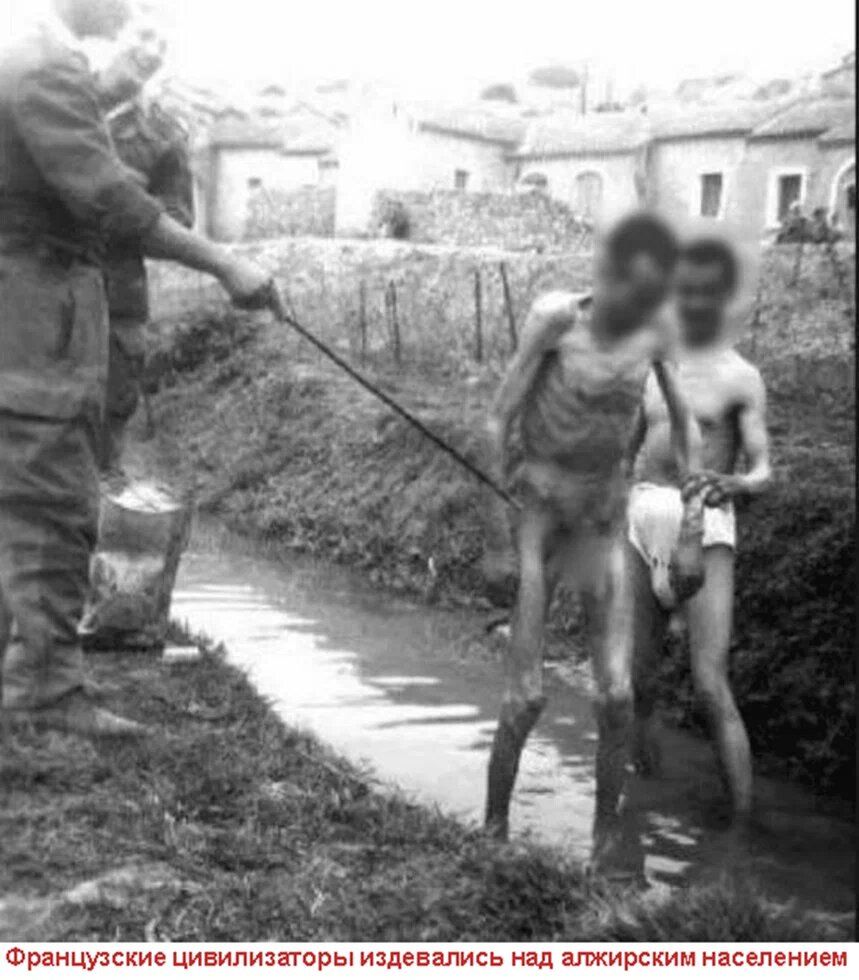 Here is the “civilized” France which gives advice to live serenely! All of France is built on the bones and blood of millions of slain slaves, the vast resources of colonial countries.

And this country has the moral right to be an arbiter in the existing conflict between Armenia and Azerbaijan?!

The French Ambassador to Azerbaijan must be expelled from the country! No French company should stay in Azerbaijan! If France and the French have sunk into Macron, then expect… 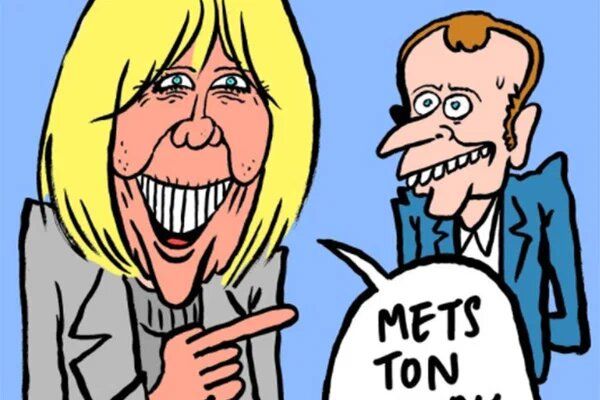 “Put on your waterproof jacket, my kitten.”

The France of the Napoleons, the De Gaulles… has come down to the Macrons!

Emmanuel Macron may be gay, his opponents said during the campaign, including right-wing parliamentarian Nicolas Duyck. In early February 2017, in an interview with the Russian news agency Sputnik, he said, among other things.

“As for his private life, it is well known. Macron is called the darling of the media, and he belongs to a very narrow circle of people. Among those who are for Macron, for example, Pierre Bergé, co-owner of Le Monde and lover of Yves Saint Laurent, and himself openly gay. He is one of those who support same-sex marriage and the adoption of children by same-sex couples. That says it all.”

Nicolas Duyck pointed out that Macron enjoys the support of wealthy people of a gay orientation – and the parliamentarian believes this is reason enough to attribute the French president himself to gay people leading a ‘double life’.

Here is the “civilized” France which gives advice to live serenely! All of France is built on the bones and blood of millions of slain slaves, the vast resources of colonial countries.

And this country has the moral right to be an arbiter in the existing conflict between Armenia and Azerbaijan?!

The French Ambassador to Azerbaijan must be expelled from the country! No French company should stay in Azerbaijan! If France and the French have sunk into Macron, then expect…