Brewing News: Will Ancient of Genes be a TV series? 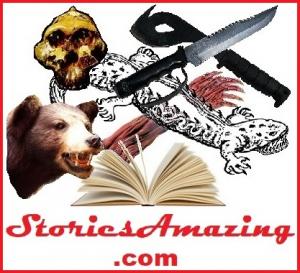 Best-selling, fact-based razor close to TRUE genetics that can manifest the ONLY prophecy in common between religions and mythic lore…or be genetic weapons! Great giveaway, news for discussion/blog media!”

The potential for genetic warfare is a hot topic, and prehistoric life is a perennial favorite. AuthorDan is experienced and comfortable in interviews, whether it’s video, radio, podcast, panel discussions or dramatic readings; impromptu or prepared. Readers/listeners/viewers would be amused and edified! Past recordings and videos (fiction and non-fiction subjects) are on this link:
https://www.authordan.com/home2/gallagi1/pr-media/

A geneticist’s regeneration of Ice Age animals AND humans is stolen and becomes the basis for weapons of genetic warfare – and the prophesied resurrection of the dead!

Timely: AOG is THE factual novel about genetics/metaphysics/cryptid species, very close to the real science that could manifest the ONLY prophecy that resounds strangely… whispers ubiquitously…among religions and mythical traditions! Rave reviews/ratings from teens and adults. This ORIGINAL 1996 novel sold MANY THOUSANDS in its first 15 months (mid 1997-1998); now improved (and the Audio Theater experience released in 7/2022), AOG is the target of several major TV/film studios!

Logline: A geneticist’s regeneration of Ice Age animals AND humans is stolen and becomes the basis for weapons of genetic warfare – and the prophesied resurrection of the dead!

Description: Using Fossil Gene Redemption (FGR), geneticist Kevin Harrigan experiments with the genes of a frozen Iceman. His work inspires Iraqi leader Ismail Mon to provide resources for exciting new research that allows Harrigan’s team to regenerate extinct “cryptids” and Ice Age human subspecies. But RGFs can be the basis of genetic weapons; US intelligence and military officials must act!

Radically distinct from Jurassic Park, Ancient of Genes shows new methods of megafauna regeneration through which the only prophecy common to major religions and mythic traditions could manifest: some form of regeneration of human ancestors and megafauna. Once thought of as junk DNA, personality genes and other traits are archived in bloodlines. These genes await a viral vector that targets meiosis to re-express them in all subsequent generations. This can trigger a resurrection cascade allowing Mon to destroy enemy genomes, enhance his allies’ genes… and inherit the land. Can lovers Kevin Harrigan and Dr. Tykvah Strauss thwart Mon’s attempt to become a god? A frightening choice can lead to redemption…or humanity’s terrifying sunset!

Awards and Milestones – Reviews, Excerpts and Commentary more at AncientOfGenes.com!
• CMA 2022 Book Awards: second place in TWO novel categories
• Readers’ Preferences 2022: FIRST place, ahead of hundreds of competitors in the category!
• The TV script was a finalist in the British Page Turner Competition 2021
• Amazon Bestseller in five science fiction categories; #1 New version in two (October 2021)
• The 1997 version was a finalist for the Writers’ Foundation Best of America Award
• Highest scores of all time in the 1997 “Writers Showcase” evaluation
• Out of 150 nominees for the Nebula Award, the 1997 version was 14th out of 29 in the 2nd round vote
• Exceptionally visual and timely: recent findings improve plausibility!
• Scenario “far from predictable”; improved prose (compared to 1997 version)
• Anthology of novels and short stories (constituting an ongoing sequel) available!

Laura Haas
StoriesIncredible
write to us here
Visit us on social media:
Facebook
LinkedIn
Other


EIN Presswire’s priority is source transparency. We don’t allow opaque clients and our editors try to be careful not to weed out false and misleading content. As a user, if you see something we missed, please bring it to our attention. Your help is welcome. EIN Presswire, Everyone’s Internet News Presswire™, attempts to define some of the boundaries that are reasonable in today’s world. Please see our editorial guidelines for more information.