Scientists have long predicted how climate change will negatively affect biological diversity, and the loss of isects could have a domino effect on nature. 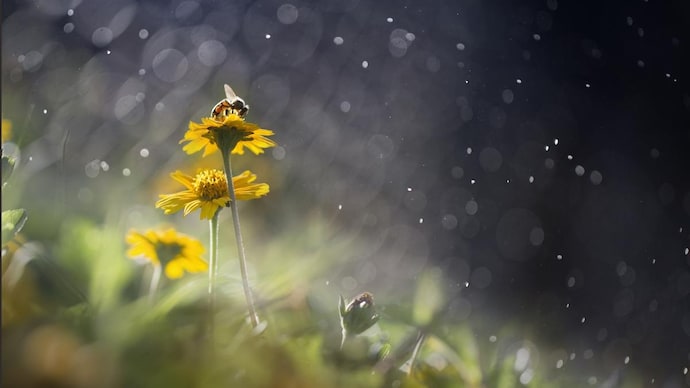 Due to extreme temperature changes, 65% of the 38 populations studied could face an increased risk of extinction. (Photo: Getty)

By India Today Web Desk: As humans suffer intense damage from climate disasters, a new study indicates that a majority of the insect population will disappear under the influence of climate change. Researchers have found that 65% of the planet’s insect population could disappear over the next century.

Details of the study have been published in the journal Nature Climate Change, which indicates that climate change in heat stress can destabilize animal populations and promote the risk of extinction and that the effects of climate change may be greater than expected. .

“We needed a modeling tool to understand how insect populations will be affected by temperature variations, and that’s what we wanted to offer with this study: a more direct and accurate way for scientists to understand that dynamic,” Dr. Kate Duffy, a former postdoctoral researcher at NASA’s Ames Research Center, said.

The team used advanced models to explore how cold-blooded insect populations would respond to projected temperature changes over the next century. They found that 25 of the 38 insect species they studied could face an increased risk of extinction, particularly due to dramatic and erratic temperature swings in their local environment.

Scientists have long predicted how climate change will negatively affect biological diversity and the amount of variation found in genes, species and ecosystems on Earth. They said maintaining diversity is essential for human health, food security, air and water quality, and millions of agricultural jobs around the world.

“Although conservation actions can ameliorate the potential loss of biodiversity, the success of these efforts depends on our ability to predict the response of ecological systems to environmental change,” the paper says.

Their analysis showed that due to extreme temperature changes, 65% of the 38 populations studied could face an increased risk of extinction over the next 50 to 100 years. Temperature changes are particularly threatening to cold-blooded insects because the creatures lack the mechanisms to regulate their body temperature during drastic temperature swings.

WHY IS INSECT LOSS CRITICAL TO THE HEALTH OF THE PLANET?

Every organism has a role in the ecosystem, just like insects. They help in the production of fruits, vegetables and flowers through pollination in addition to the decomposition of organic matter. Insects also help control harmful pests.

Read also | What does the latest UN science say about climate change?

According to the Nature Conservancy, insects act as sanitation experts, cleaning up trash so the world isn’t overrun with feces. At their predatory level, they are responsible for hunting pests. Insects like ladybugs are essential to the health of plants affected by aphids.

The loss of these insect populations could alter the balance of nature on the planet. “The ecological and data-driven models from this study could enable more accurate predictions of ecological response than ever before and inform more targeted strategies to help species adapt to climate change,” Auroop Ganguly, researcher at the Northeastern University and a co-author on the paper said.